The Life Cycle Initiative Secretariat, on behalf of its members and with approval of the Steering Committee, has joined over 250 other global organisations and companies in the New Plastics Economy Global Commitment, formalising its support as an endorser.

The Life Cycle Initiative has a key role to play in providing support for a transition to a circular economy for plastics. The commitment the Initiative has undertaken is:

The news release has more information on the Global Commitment and the New Plastics Economy initiative.

The need to address plastic waste

Plastic waste and pollution have captured the attention of the public, governments, and businesses around the world. The search for solutions has started, and there is growing recognition that addressing the symptoms through clean-ups is not enough. A systemic shift tackling the root causes is required: a transition towards a circular economy for plastics, In which plastics never become waste.

Over the past four years, the Ellen MacArthur Foundation (‘the Foundation’) has been rallying businesses and governments behind this positive vision of a circular economy for plastics. Its 2016 and 2017 New Plastics Economy reports captured worldwide headlines and became a global reference. The Foundation’s New Plastics Economy Initiative is driving action with businesses and governments. It has brought together 15 leading companies committed to work towards 100% reusable, recyclable, or compostable plastic packaging by 2025. It has also created the Plastics Pact, a network of national New Plastics Economy Implementation initiatives aligned around a common vision and set of ambitious targets. The first Plastics Pact has been launched in the UK and is being implemented by the UK charity WRAP. Other regional and national Implementation initiatives will follow.

UN Environment provides leadership and encourages partnerships in tackling marine pollution by inspiring, informing, and enabling governments, the public, civil society, and the private sector. Its Global Partnership on Marine Litter was launched in 2012 and its #CleanSeas campaign in February 2017 with the aim of engaging these groups in the fight against marine plastic litter.

The Foundation and UN Environment now aim to take this momentum to the next level by launching the New Plastics Economy Global Commitment.

Signatories of the Global Commitment will become part of a network of leading businesses and governments, receiving global recognition as front-runners in the shift towards a circular economy for plastics. Credibility will be ensured by setting a minimum level of ambition for signatories, providing common definitions, and creating transparency on progress. Following the public launch, signing the Global Commitment will be a requirement to become a participant of the New Plastics Economy initiative, which will facilitate signatories to realise their circular economy ambitions and raise them over time.

The Global Commitment will build on, and reinforce, the G7 Plastics Charter, the EU strategy for plastics in a circular economy, the Commonwealth Blue Charter, and the Community of Ocean Action established by the UN. It will aim to contribute to the Implementation of the UN Environment Assembly resolutions on marine litter and microplastics, and several Sustainable Development Goals (SDGs) including SDG 12 and 14. The Global Commitment does not aim to replace any potentially binding multilateral treaty process, but equally recognises that we cannot wait to act until such a process concludes. 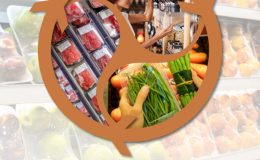 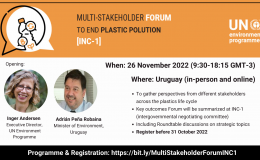 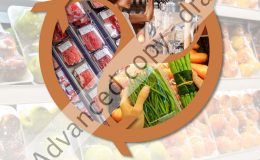 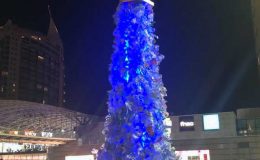 The life cycle approach is embedded in the plastics pollution agenda