We are pleased to announce the finalisation of the Development of National LCA Database Roadmaps project, which was part of the Resource Efficiency through Application of Life cycle thinking (REAL) project. The REAL project was implemented by UN Environment and the Life Cycle Initiative with financial support from the European Commission.

With emphasis on inclusiveness, accessibility and interoperability, the national project teams, led by local project partners, established roadmaps for the development of national databases for life cycle assessment (LCA) in Brazil, Ecuador, India, South Africa, Sri Lanka, and Uganda. The project ran from October 2018 to August 2019 and was coordinated by the ecoinvent Association.

The reports and other information material that resulted from the project will be published on the Technical Helpdesk for LCA Databases later this year.

A group photo from the REAL special session at CILCA.

The Development of National LCA Database Roadmaps project ran from October 2018 until August 2019 as part of the Resource Efficiency through Application of Life cycle thinking (REAL) project. In line with the overall goal of REAL – to integrate resource efficiency in global value through LCA – this project aimed to support the development of LCA databases in Brazil, Ecuador, India, South Africa, Sri Lanka and Uganda, enhancing access to regionalized data, as well as improving data interoperability. At the centre of the project activities, the national project teams established country-specific database roadmaps in a process characterised by extensive stakeholder consultations and active engagement of key local actors.

Led by the ecoinvent Association, an International Working Group (IWG), comprising representatives from each participating country, the European Commission and UN Environment, was formed to facilitate interregional discourse. The IWG also provided guidance and technical know-how for the national project teams. National Database Working Groups (NDWGs), established in each country after careful mapping of the national LCA communities and their stakeholders, engaged key actors directly into the process of formulating the vision, goals, and priorities for the database roadmaps. After completion, the NDWG members are in many cases expected to play a pivotal role in the dissemination and implementation of the roadmaps.
As a collaborative effort, the project successfully supported the participating countries on strategic planning and the identification/evaluation of technical solutions for developing own national LCA databases. Additionally, the project partners were introduced to the concept of data interoperability according to the requirements for the Global LCA Data Access (GLAD) network.

The reports and other information material that resulted from the project will be published on the Technical Helpdesk for LCA Databases later this year. At the same time, the Technical Helpdesk is strengthened with newly recruited experts and members from the countries that participated in the Database Roadmaps project.
Project consortium

New short tutorial: How to use GLAD to search for LCA datasets 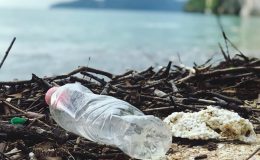 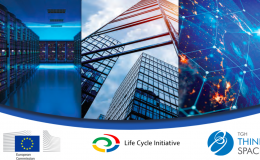